Back when my aunt and uncle moved into my grandfather’s house a few years ago, my aunt did some serious cleaning and unearthed this gem.

I love that my aunt was able to uncover this part of our family’s history but no one in my family wanted it. Since I am addicted to frames I decided to take it but didn’t think it made sense to hang up something that I couldn’t even read. Heck, as beautiful as this is, my own grandmother never even had this hanging in her house. None of us even knew about it until the moment my aunt discovered it while she was cleaning. So I decided to convert it into a mirror using this mirror from Pottery Barn as inspiration. Can you believe how much it costs?! 😲 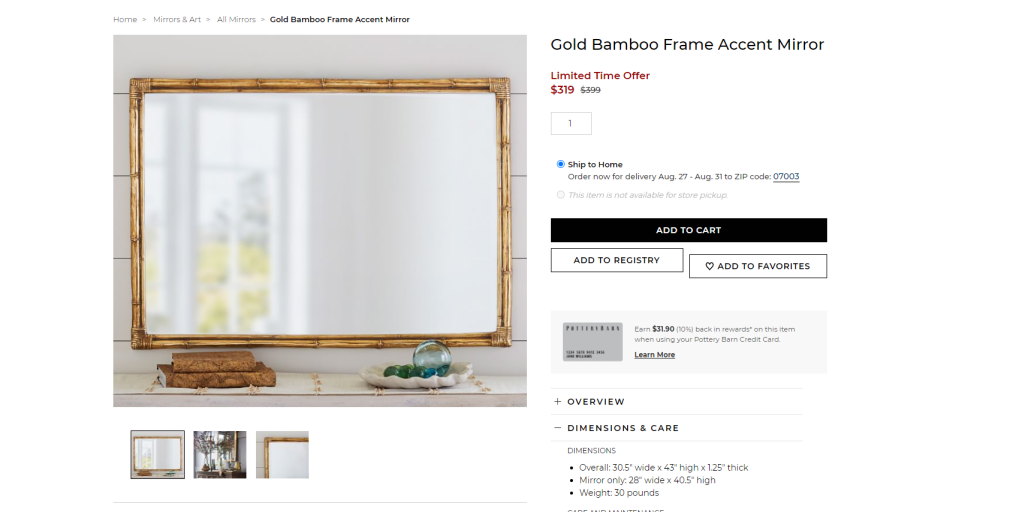 I didn’t want to lose this letter entirely and there was no backing to the frame- the letter is written on fabric that is stapled inside the frame and the back is covered in paper if that makes any sense. So I began by taping off the edges of the glass in preparation for painting without removing the letter. I then lightly sanded all around the frame so the paint would adhere better. The paint I used is Americana Decor Metallics in Vintage Brass. The paint is sort of thin so it took a lot of coats to get full coverage and once I lifted the painters tape I had to touch up some spots using several coats yet again. 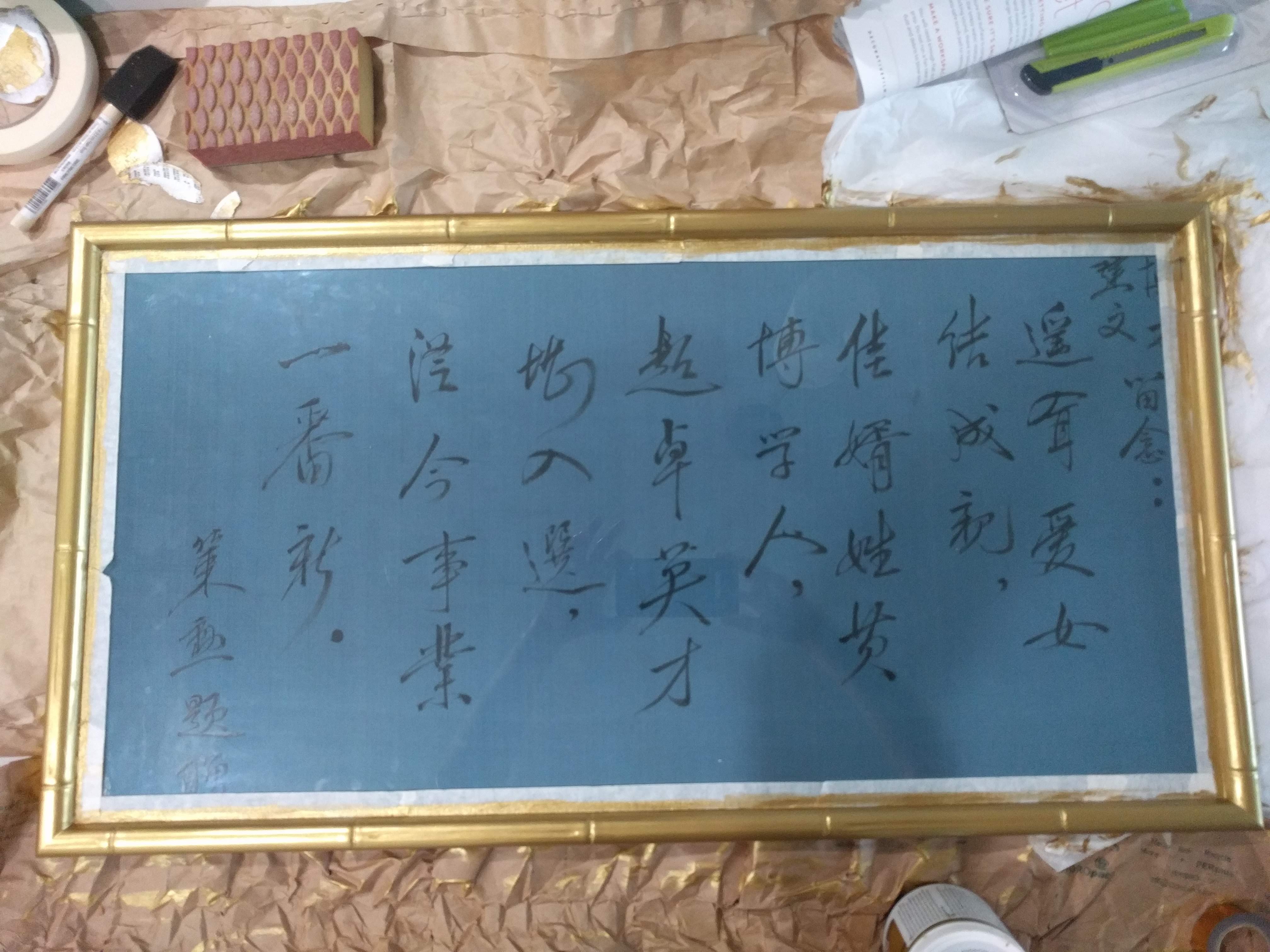 But it was worth it! I originally thought it would be easy to get a mirror cut to size for the frame and keep the letter preserved behind it. But once I discovered the letter was written onto a piece of fabric that was stapled into the frame, I switched plans because I didn’t want to have to disassemble the letter from the frame. (How else would I be able to preserve this part of my family’s history? Put it in a frame? It was already in a frame.) So I found this mirror film from Decorative Films. It is actually meant for windows but I thought it would work great for what I needed. However, I am horrible at math. I ordered this film specifically due to the good reviews and the fact that I would be able to order enough to cover all of the glass without having to piece it together…except all my math went out the window when I placed the order and I came up short going the long ways.

So I wound up filling in the gaps with some gold washi tape I had on hand and I think it works just fine. I couldn’t justify spending more money on a new piece of film when it already cost more than getting a real mirror cut to size at Lowe’s would have. It actually finishes the edges nicely because I got nervous when cutting the film and it came out very jagged at the ends. The film didn’t go on perfectly (there are so many bubbles!) But from some angles it looks just fine and I’ll just pretend the bubbles are patina. Who cares? This way this frame will fit in with my current decor and the letter is still intact inside for if I want to share it with future generations.

Another one of my aunt’s lucky finds was my grandmother’s wedding dress- and just a month before my own wedding four years ago no less! I already had my own wedding dress (which was actually quite similar to this one) but I changed into it after our ceremony to recreate my grandparents wedding photo- the very marriage the letter above approved of.

As a third generation Chinese American, I am very proud of my heritage. Although, sometimes I feel very far removed from it. One thing I am grateful for is the weekly trips to Chinatown my parents took me and my siblings on growing up. This was crucial in connecting us to our roots and to this day the only words my siblings and I know in Chinese are all food related. I thought when I have children of my own one day, I would be able to take them to Chinatown as well to give them some sort of connection to their Chinese half. But now with the Coronavirus still raging on and the prejudice against Asian people attached to it, Chinatown is dying and it breaks my heart to see. One organization currently working to help struggling businesses in Chinatown is Welcome To Chinatown. I’ve already made a donation and plan on making more. I hope you will too.

And if you’re near Chinatown, an even better way to support all the businesses struggling there right now is to order food from them. My grandfather’s favorite char siu bao establishment has already shut down but hopefully we can work together to save other businesses before they are gone.